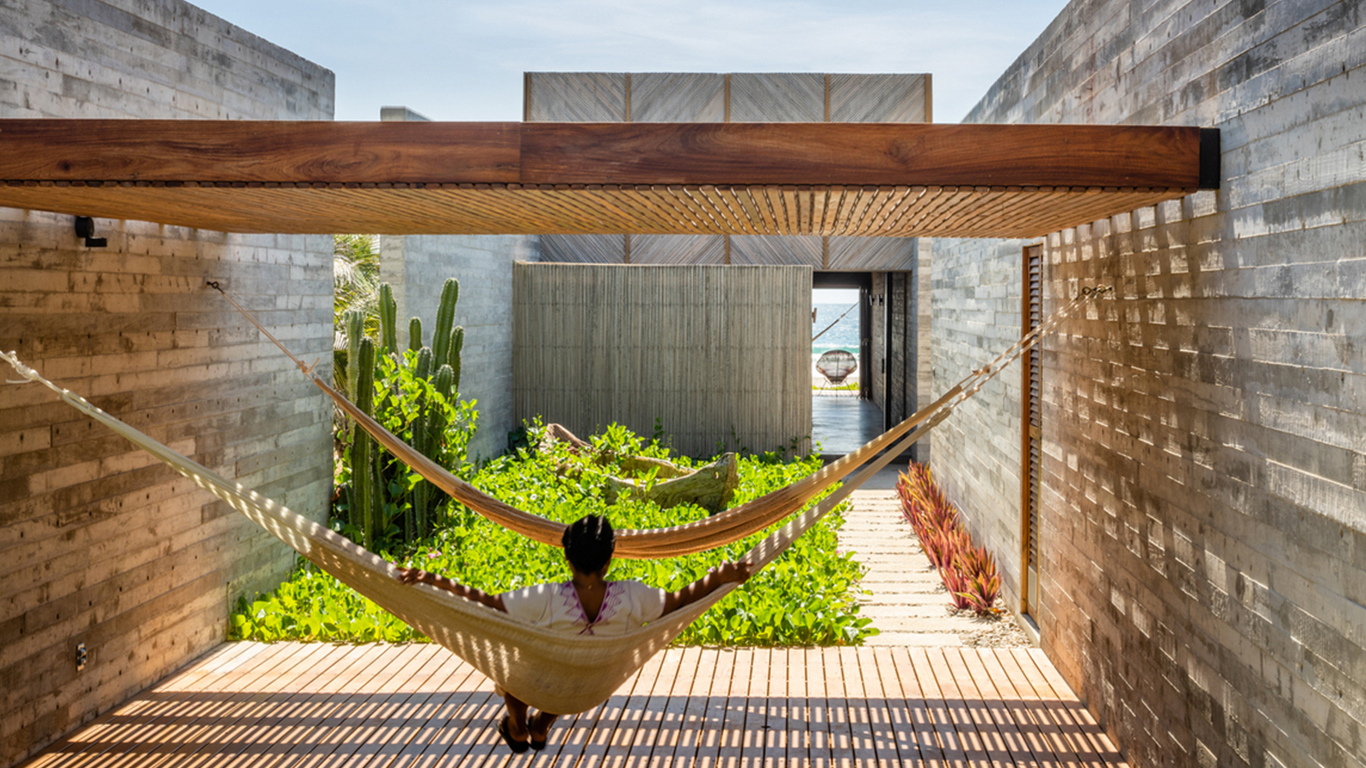 One of the most representative non-fixed elements of the tropical zones of Mexico are the hammocks, as they are part of the history and daily life, representing an important piece of furniture in the houses. Although it is true that the hammock is not originally from Mexico, it is thought that it may have arrived in the Yucatan Peninsula and was adopted throughout the southeast of the country in areas whose temperature and humidity require a kind of floating bed. In the case of the Mayan region, hammocks were initially made of Hamack tree bark. Later, both in the Mexican region and in the rest of Central America, the sisal plant, with softer and more elastic fibres, began to be used.