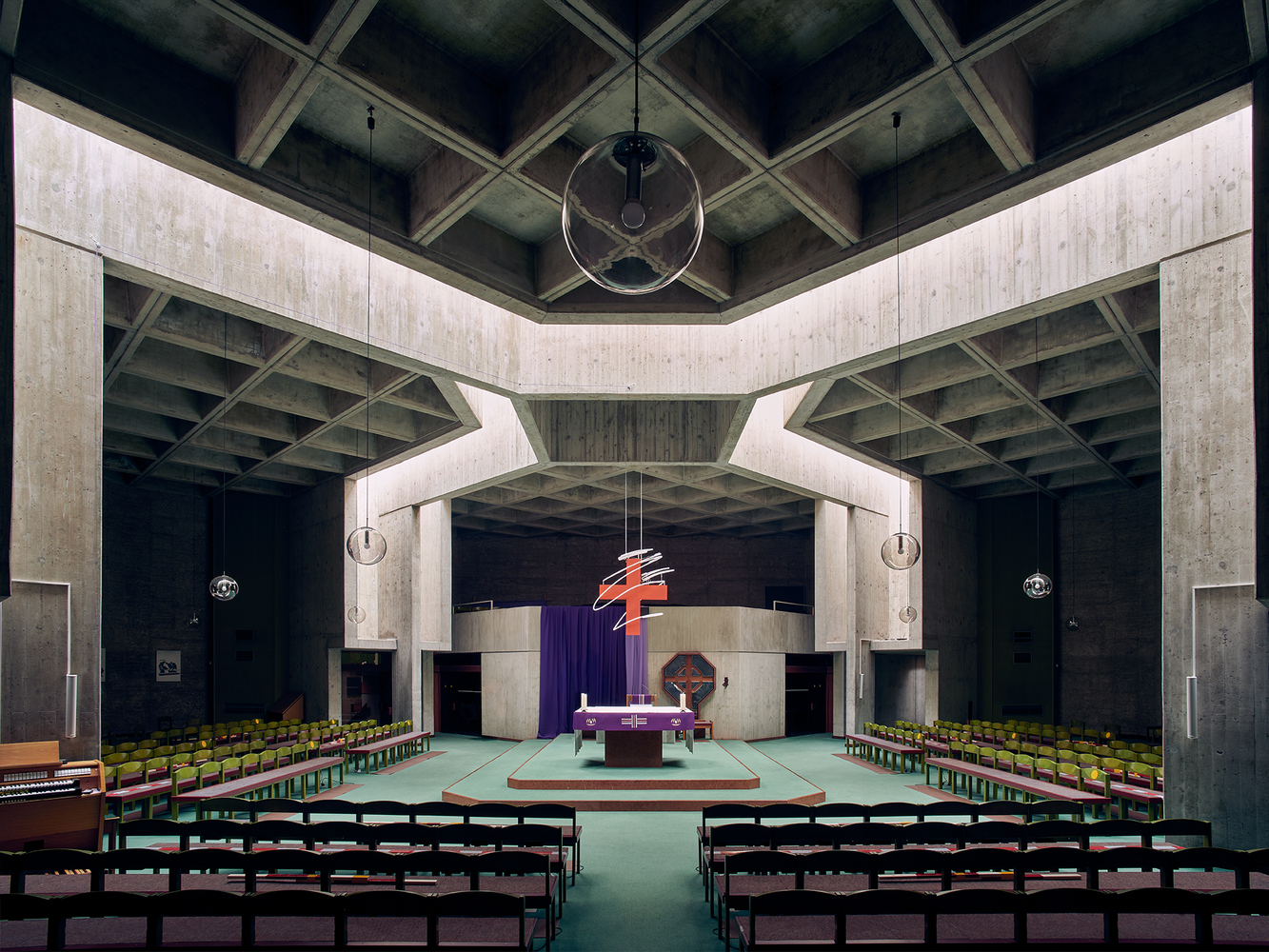 If one were asked to picture a Catholic Church, the first image to come to mind would probably resemble a medieval gothic cathedral with buttresses, pointed arches, and a spire pointing toward the sky. On second thought, many more styles could easily be identified as catholic architecture: the simple yet grandiose structures of the Romanesque or maybe the ornate styles of Baroque and Rococo. An image more difficult to associate with sacred architecture is that of Modernism. The Roman Catholic Church is a particularly conservative establishment. Modernism, on the other hand, is revolutionary; it is rational, functional, and technical; it rejects ornaments and embraces innovation. Surprisingly, in the years after the end of the Second World War, places of worship defied expectations. Blocks of concrete, raw materials, angular shapes, and exposed structures have all been employed to break from tradition and create churches that barely resemble a church. This article will explore Modernist mid-century Church architecture with the support of images from Jamie McGregor Smith.