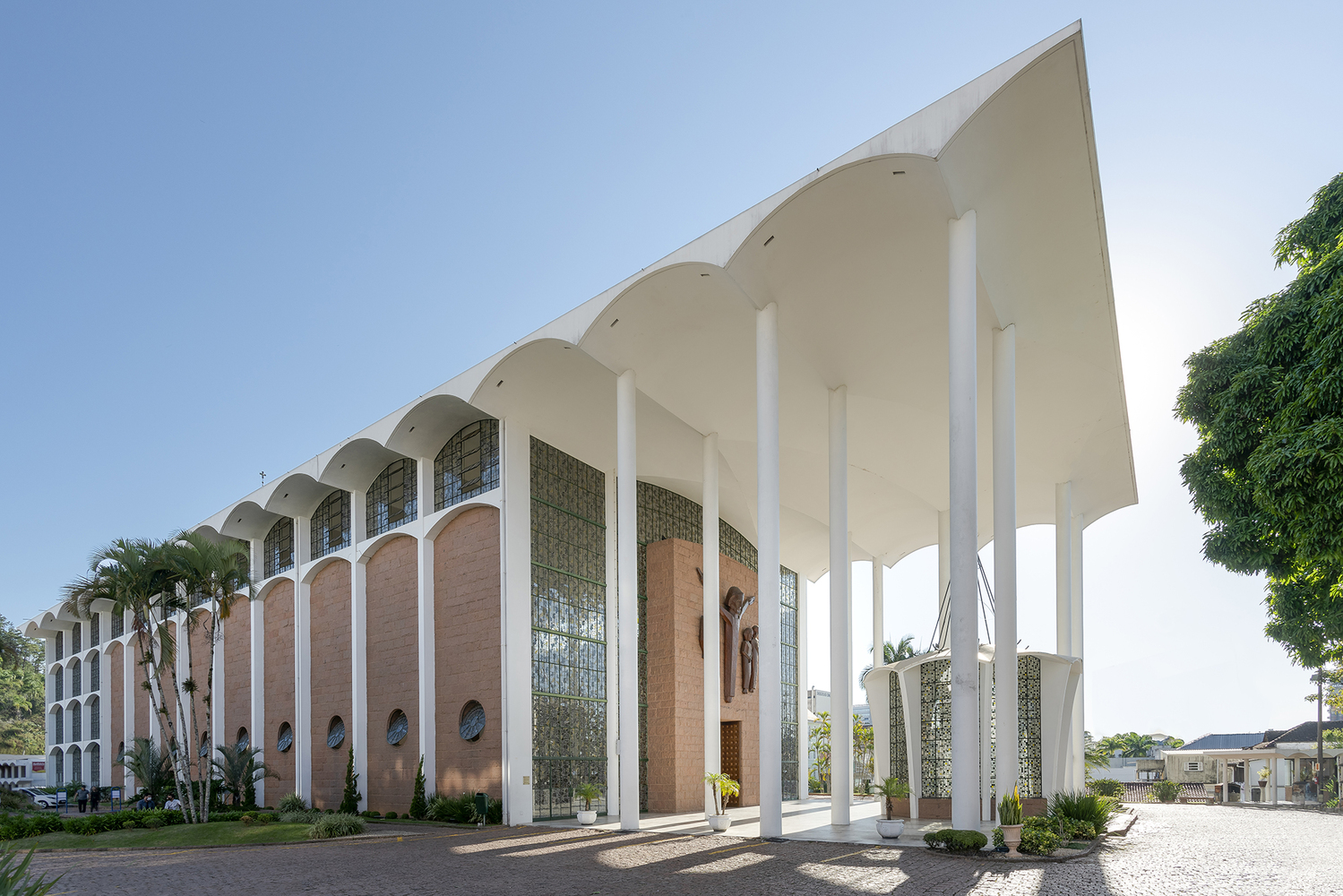 In the hilly landscape of Blumenau, a city located in the state of Santa Catarina, in southern Brazil, stands a gem of modern religious architecture by Gottfried Böhm, who recently passed away at the age of 101: the Mother Church of São Paulo Apóstolo, built from 1953 to 1963.

The São Paulo Apóstolo Church was built before the São Luiz Gonzaga Church in Brusque – two religious temples designed by Böhm with the office he inherited from his father, the architect Dominikus Böhm (1880-1955).