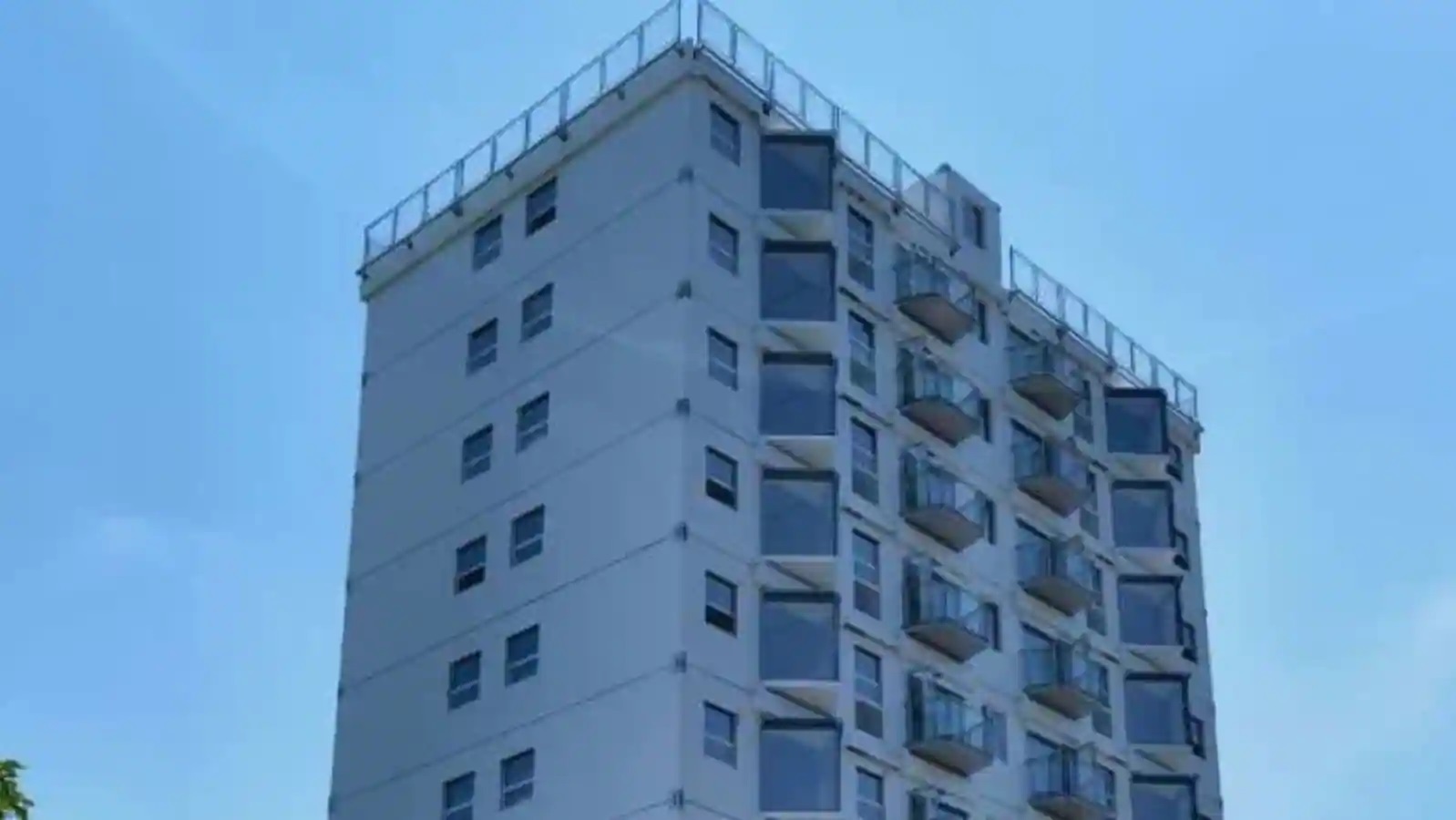 Chinese company Broad Group has erected a modular 10-storey apartment block, named the Living Building, in just over a day in Changsha, China.

A timelapse released by Broad Group shows the 10-storey building being erected in China by a large team of workers and three cranes in 28 hours and 45 minutes.

According to the company, this is the “world’s shortest construction period” for a building of this scale.