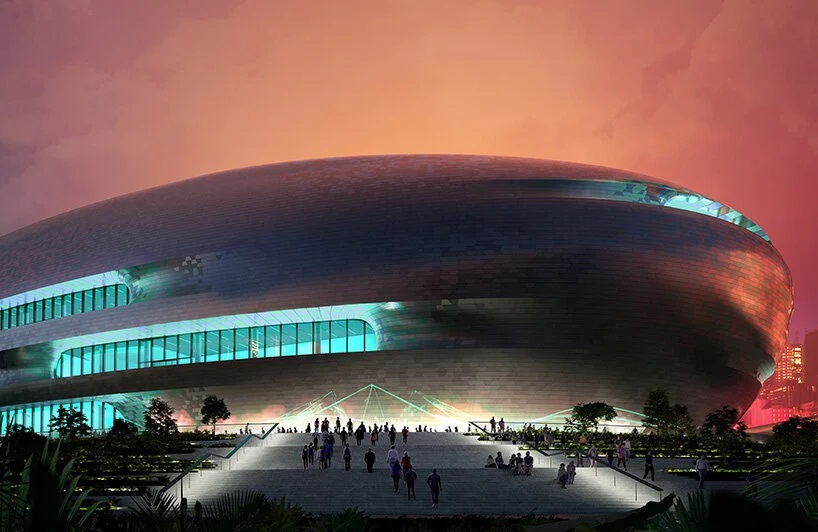 since its founding in 2013, slashcube — the architectural visualization studio led by thomas vournazos — has brought to life projects by zaha hadid architects, SOM, and OMA — among many others. vournazos attended architecture school in mid-2000s, where he became interested in renderings and ‘anything digital’. ‘I graduated with a love for visualization,’ vournazos tells designboom. ‘although I never really pursued architecture as a profession, it really helped me to build a solid understanding of the digital space and its unique capabilities.’

recently, slashcube worked with SOM and the european space agency to illustrate ‘moon village’ — a project designed to be the first permanent human settlement on the lunar surface. ‘you have to have in mind that the whole project is meant to be presented as a ‘scientific’ example and not just as a romantic conceptual idea,’ explains vournazos. ‘so the balance between ‘reality’ and ‘atmospheric’ was crucial.’ the project is currently on view at the 2021 venice architecture biennale.

in this interview, slashcube’s founder and art director, thomas vournazos discusses the rewarding nature of long-term collaborations, the software his studio uses, and how he views the future of architectural visualization.