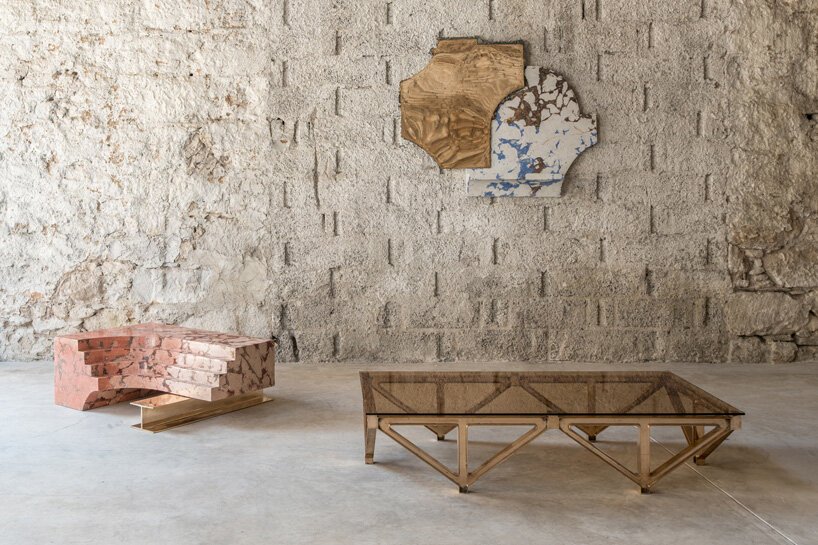 from now until august 28, carwan gallery presents a body of work by roberto sironi that reimagines historic architectural fragments as contemporary ruins. the series reinterprets elements from some of the most significant archaeological sites placed in the mediterranean basin. classical construction elements, including bases of columns and sections of amphitheaters, are combined with rudiments of the industrial era, such as double-T beams, reticular structural elements and corrugated sheet metal, to form intricate chairs, tables and benches.