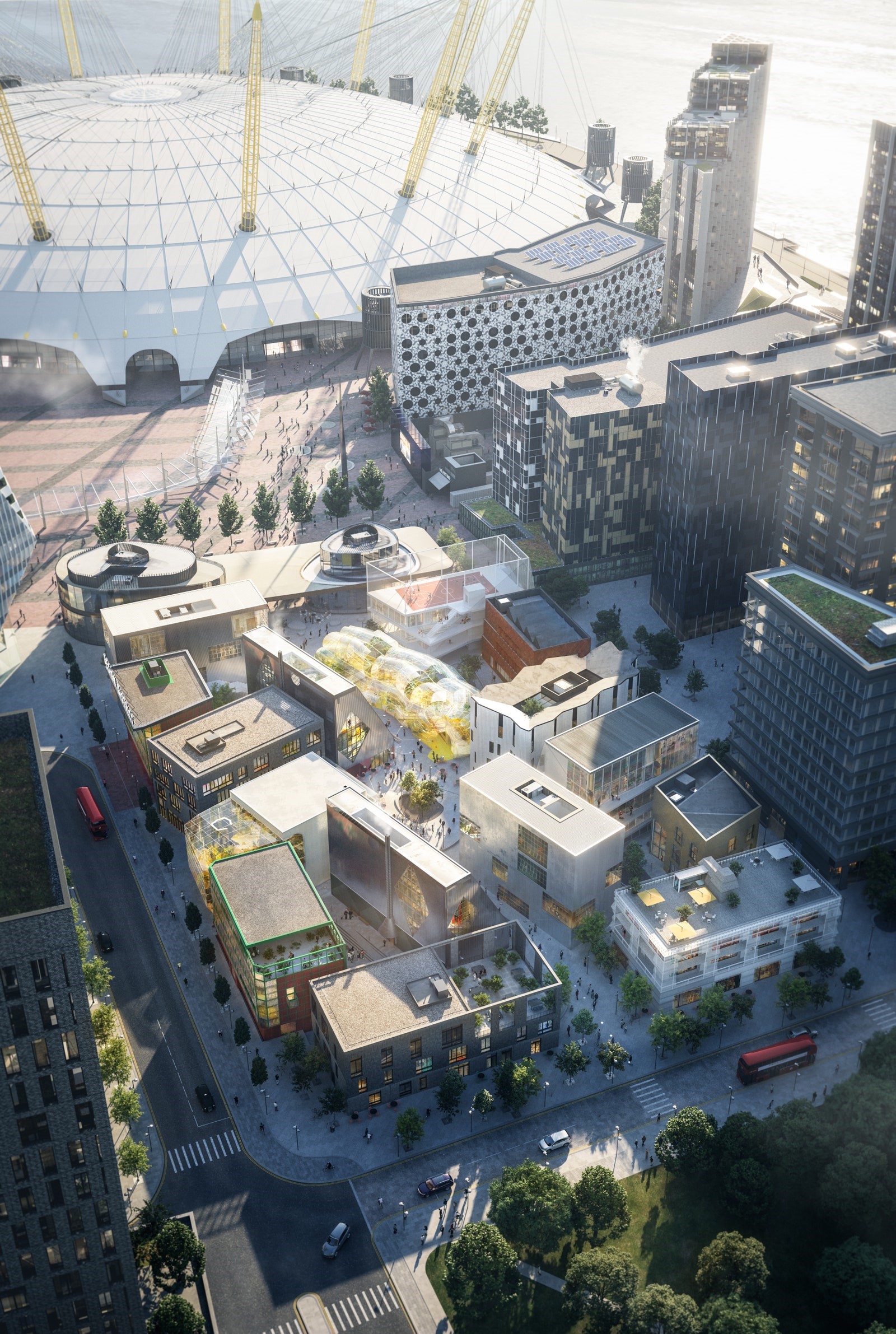 The Design District, says Corlett, is intended to be a juxtaposition. “We wanted not to design into the existing grain [of Greenwich Peninsula] but to design in contrast to it,” explains the architect, who also master-planned the greater neighborhood for developer Knight Dragon. With a view corridor stipulation that bans obstruction of the towers of the Richard Rogers–designed Dome (now called the O2), it proved more advantageous to build low on a site adjacent to it. So the team capped building heights at four stories, and called upon eight architects to design two structures each, both in the round. In addition to Corlett herself, 6a Architects, Adam Khan Architects, Architecture 00, Barozzi Veiga, David Kohn Architects, Mole Architects, and SelgasCano have designed buildings within the District, while landscape firm Schulze+Grassov was tapped to weave the site together with plazas and gardens. When the District opens later this year (COVID-19 could push this date back), it will achieve “a domestic scale, dense, medina-like, woven piece of city,” says Corlett, and what London currently lacks: a purpose-built design district, by creatives and for creatives.