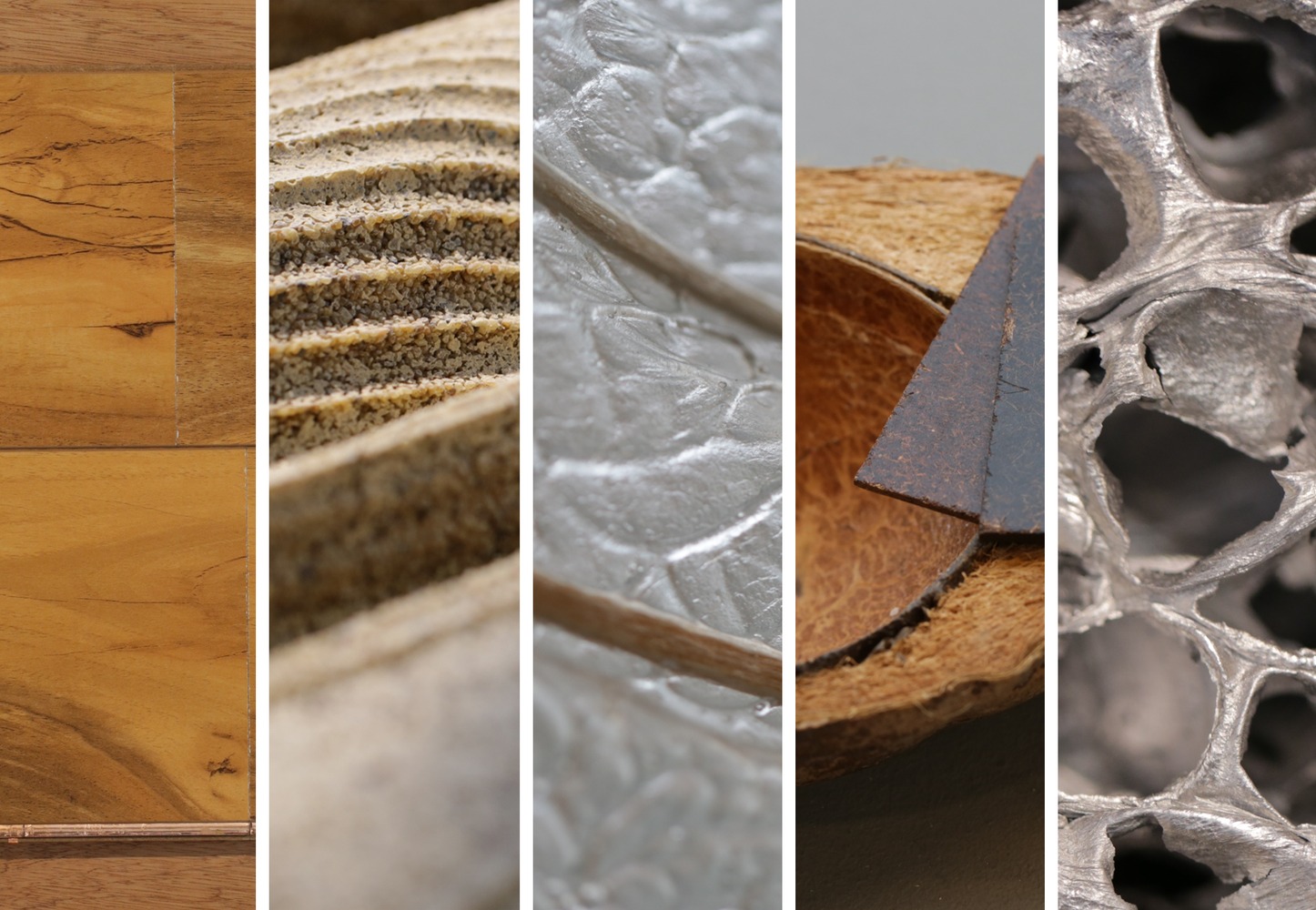 What’s behind our current obsession with all things Superheroes, from the Marvel and DC comics spinoffs for TV and Film, to the more eccentric offerings on Netflix from the Wachowski’s Sens8 to the cosmic supernature of The OA? Critics see the classic superhero expressing the desire to re-establish order in the face of chaos (Batman/Joker) but some of our more recent superheroes are about the power of change, of remaking the world through a kind of ‘superempathy’. The power of the superhero depicted as an eccentric group of people reskilling with new forces and energies – think the aerobics-physics of The OA which invents and designs a new collective body and superpower and the transcultural/transtemporal superempathy of Sens8.

Something of this otherworldly capability of the new wave of superheroes is tangible at SuperMaterial exhibition at The Building Centre in London. It’s about materials and the built environment, how these SuperMaterials will radically transform our relationship to the world around us through the superpower of material empathy, either adapting and changing to the environment, or being so efficient to produce and upcycle that they diminish the need to lay waste to the environment in the extraction of resources.