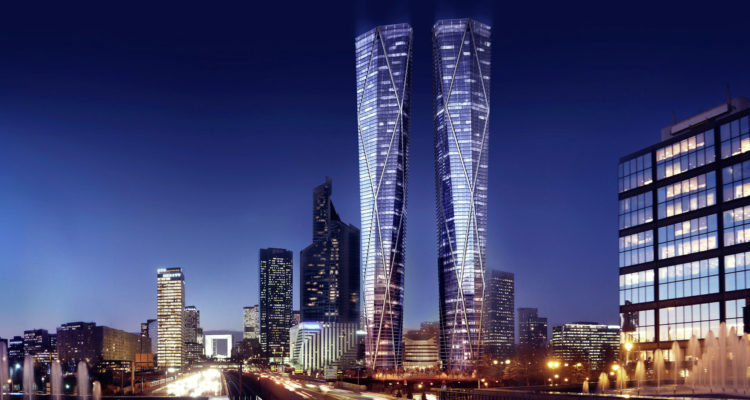 La Défense district in Paris has been announced to house seven new skyscrapers, designed by a number of renowned architecture firms like Foster + Partners, Ateliers Jean Nouvel, and Christian de Portzamparc. The proposal of the skyscrapers has been announced by the French presidential candidate Emmanuel Macron during his visit to London last week. The development project aims to lure business from London, following the UK’s exit from the European Union, known as Brexit.
Under the slogan “Tired of the Fog? Try the frogs,” the French district is marketing itself as a destination and possible headquarters for international businessmen, bankers, and researchers who might need to leave the UK after the Brexit. The seven skyscrapers named Trinity, Alto, M2, Hekla, Sisters, Air 2, and Hermitage will all be completed no later than 2022, and they are planned to host employees from overseas companies with a percentage up to 40%. (Read more via arch2o.com)