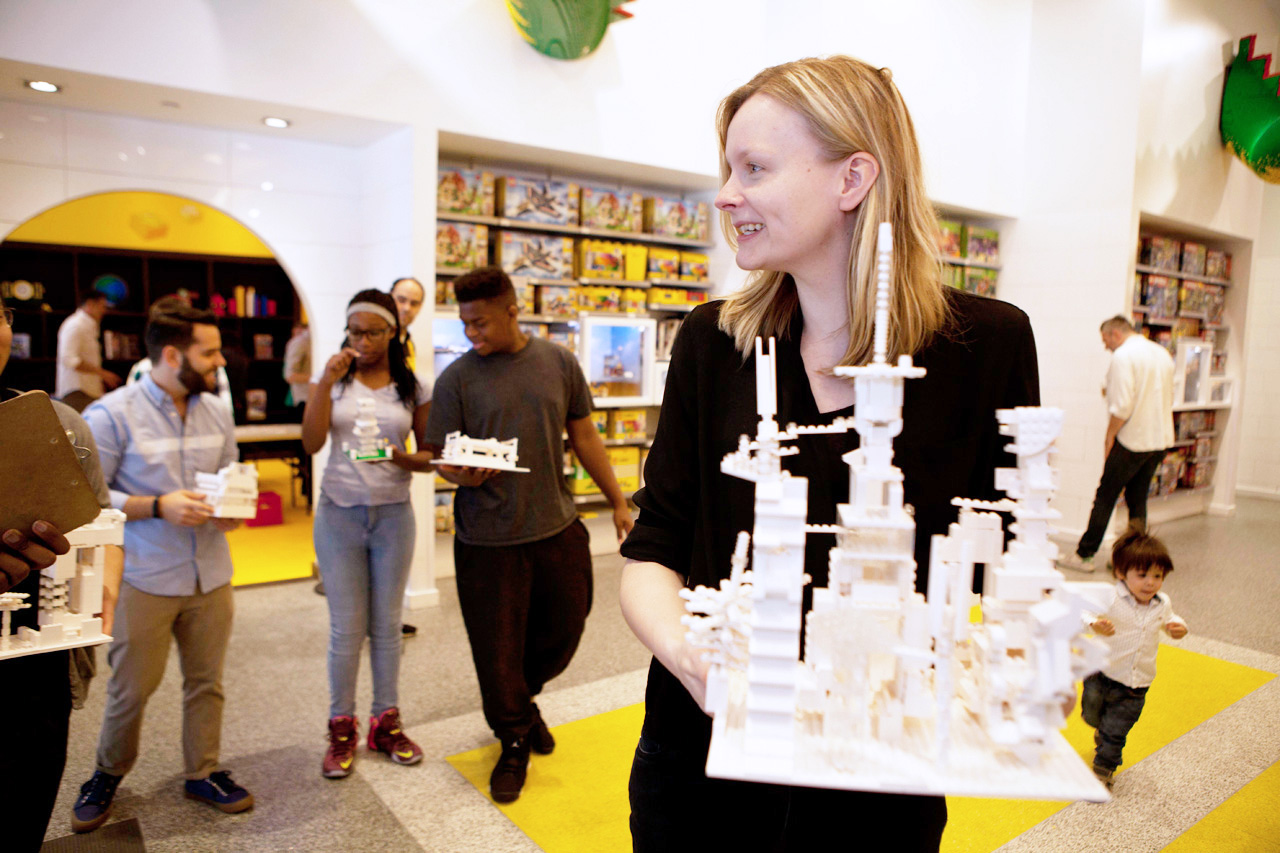 Many kids who grow up to be architects get their start with Lego, but how do architects play with Lego when they’re not kids any more? To find out, the Lego Store in New York’s Flatiron District, in collaboration with Architizer, recently held an event. There, they teamed architects from BIG, SHoP, HWKN, and Bernheimer Architects with students from Manhattan’s Urban Assembly School of Design and Construction to create a new New York out of monochrome Lego blocks, unbounded by pesky budgets and zoning laws.

The scale of the projects that came out of the event ranged from “mere” skyscrapers to entire cityscapes. With the help of Lego designer Lars Hyldig, Alex Stewart from Bernheimer Architects constructed a thin tower that cantilevered and fold into itself, creating multiple levels of elevated public spaces, terraces, and gardens. But HWKN founder Mark Kushner wasn’t satisfied with a single building, and instead, directed his students to build an entire cityscape, with each remarkably shaped building connected through a complex web of sky rails. (Read more via fastcodesign.com)