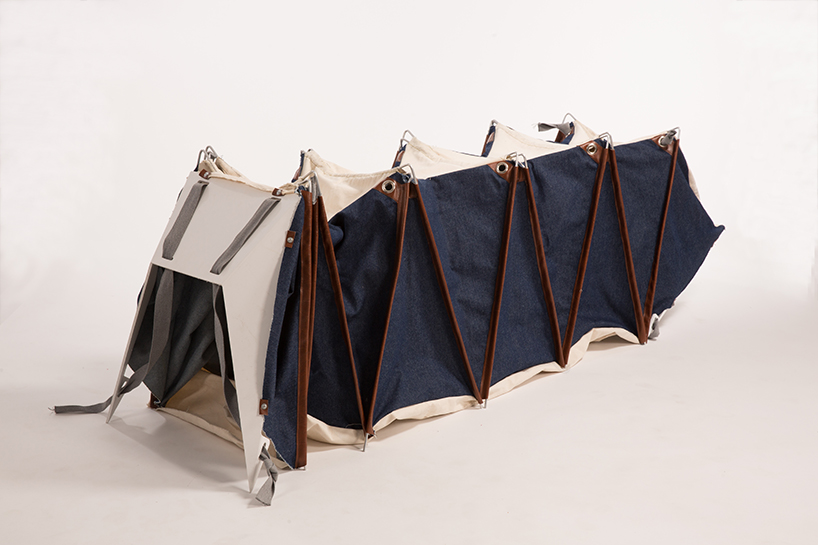 When looking at the urban public space, its lack of use is evident: large portions of it are being used only for the purpose of mobilization. individuals suffer from fear while being on it, mainly because of others who exist there, parallel to them. it’s because of this that david shatz, under the guidance of designer tal gor, as part of the hospitality studio in the bezalel academy in jerusalem, decided to build a tool that will assist individuals in the process of reoccupying the public space by creating a device that allows the user to pause and linger.

To create a nomad state in an urban environment a person doesn’t need more than a carry-on sack and a comfortable tool to sleep in. ‘melina’ aims to combine both —the sack and the sleeping area— and to create a sense of safety and confidence when sleeping in public spaces, an action considered as insecure. (Read more) Via designboom.com