I grew up and live in the urban environment of Jakarta, where open public space are scarce, traffic jam, air pollution and public services are beyond decent. However, I was lucky to have experienced to live in another cities such as Bandung, Sydney and Melbourne during my school days. These are big cities and they attract a lot of people to work, study and live. They do offer best education, work opportunities, great public spaces, recreational and leisure spots for its residence. Bandung, Sydney and Melbourne are some of the cities that offer great and vibrant atmosphere for its residence, and they are also aware that art and creativity can boost the urban life and the city economy. There are some routine events, some spaces and places within the city, where creativity become the generator for the urban lifestyle.

In May, I visited Hong Kong to see Art Basel, where the city of Hong Kong celebrated the month of Art, and we can see some of creative works being displayed in the corners of the city. I also have the chance to see its newly renovated PMQ building, and Comix Home Base. Both are renovated project of old buildings converted into a creative hub/space. Comix is located in Wan Chai neighborhood, it offers studio spaces for comic and animation artists. There are library that archives local comics and magazines, exhibition and workshop spaces and small shop. Comix certainly gives added value to the community, its spaces and programs bring a new color to the area. However, PMQ building is the one that stole my heart. It was the first government school in Hong Kong, and it was damaged in the Second World War. It was rebuilt as the Police Married Quarters for junior married officers, and it was left unused since 2000. In 2012, the government renovated the building that would be transformed into a creative industries landmark named “PMQ”, and it was open to the public in mid 2014. PMQ building is the home of Hong Kong creative talents and design industries. It provides a roof for local artists and designers to showcase their qualities and to build success in the international market. The programs consist exhibition place, plaza, cafes, restaurants, retail shops and design offices. It’s the paradise to search for inspiration and innovation. When fully completed, the building would certainly become one of the icons in Hong Kong, especially for its creative industries. 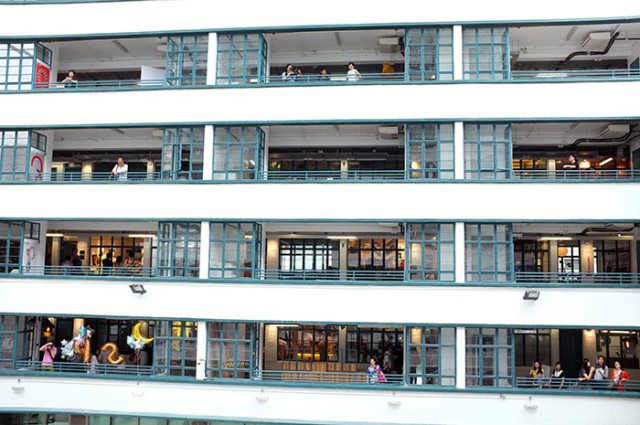 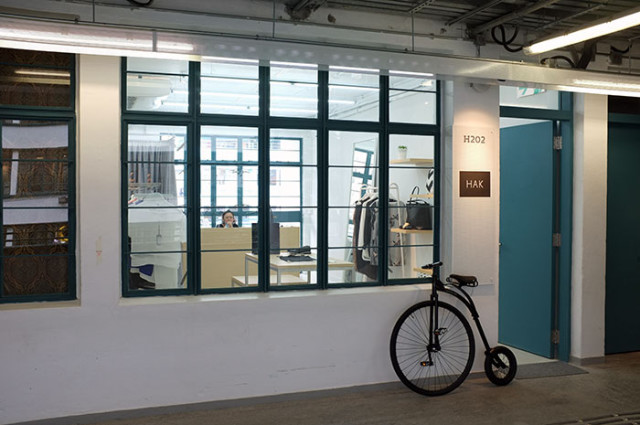 It is clear that the government and local officials have a major role of creating creative atmosphere within its city. Creativity certainly can be a big impact for urban spaces, its communities and also the whole city. It would create a better economy for the city and its talents. Carnivals, festivals, night markets are some of the examples that routine being held in the big cities. It’s a good start to generate a creative atmosphere and lot of opportunities would open up for the residences and communities. These could be the embryos of creating creative hub and spaces as the tool to brighten up the city and urban life. Last July 2014, Creative Public Space Program created Jakarta Creative Festival in Kota Tua Jakarta. The 3-day event is also marked the anniversary of Jakarta. Its programs consist of entertainments, exhibition, seminars, presentations and arts installation. Located in the iconic location of Jakarta, the event became the meeting points of Jakartans. Lots of creative talents such as artist, designers, architects, students and residence are gathered having discussion, attending presentations and exhibitions. All around it was the festival for people, an event that truly missed in a city that increasingly run by capitalist developments.

It’s definitely good to have this kind of festival every week, but the effort must be enormous too. However, it is not hard and impossible to create creative movements and ambiences as generators for an urban lifestyle in our daily routine. Imagine if the support from the government, officials and developers are solid too. Buildings and projects such as PMQ building in Hong Kong, City Works Depot and Britomart in Auckland, Haji Lane in Singapore, or 798 Art Zone in Beijing are being built and developed within a city; it certainly would enlighten the new life of the city and its residence. Creative talents and communities would transform the spaces into something new that certainly would benefit everyone. It is the place where collaboration of creative minds would transform or brighten the lifestyle of a city and its residence. It’s a dream for me to have the quality of place and space such as PMQ building or 798 Art Zone here in Jakarta. However, it is also pointless to just wait and hope that officials or developers to act and fulfill my dream or many of you. Therefore, I do believe rather than having big creative events once a year, or waiting for developers and officials to act, small creative events that often being held regularly are also effective to sparks new creation and innovation, to create a vibrant urban life. It’s wonderful thing that here we have different creative communities such as Kopi Keliling, Ruang Rupa, Komunitas Salihara, Indonesia Berkebun, Belajar Desain, ONX Studio, Volume Factory, continually having creative events as a place for creative minds and innovators to collaborate and work together for a better and positive causes. Starting small is important rather than no action at all.