BIPV or Building Integrated Photovoltaic is an integrated solar panel with buildings. This concept was built based on three principles: the need of energy source alternative to replace the fossil fuel, the construction technology and also to add the aesthetic value of the building.
It was firstly introduced in Carlisle, Massachusetts and the project was the Carlisle House. Another one of the first project was the Aachen Municipal Utility in Aachen, Germany where it was focused on its facades. Currently, there are many BIPV projects are being constructed. The implementation of BIPV on architecture can be in many ways such as roof element, facades and windows. However, the implementation still needs to consider the behavior of the sun path over particular location and the local climate condition.
One of the most stunning projects is the head office of Novartis located in New Jersey. It was designed by a well-known architect who also designed “The Bilbao Museum”: Frank Gehry. There are 161,000 solar modules over the whole building and they are provided by a specialist BIPV firm, namely Sunways AG. The solar modules not only act as the electricity source for that building but also as the envelope of the building. There two advantages of this BIPV project in relation to the environment improvements, firstly they allow light to pass through the solar panels so that the natural sunlight can still be the main lighting for the indoors in the daytime. And secondly, there is a reduction in carbon emission since the electricity is generated from the renewable energy: the sun. 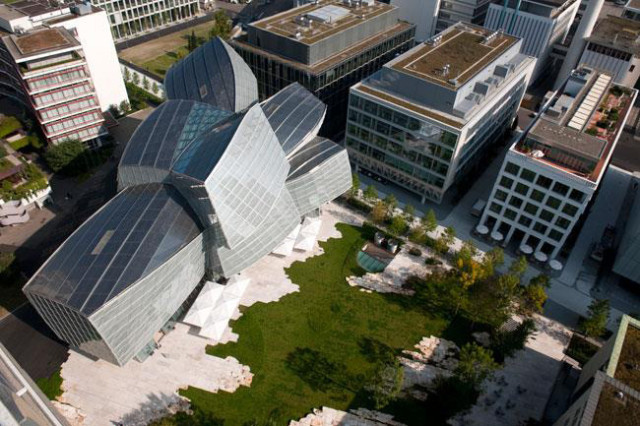 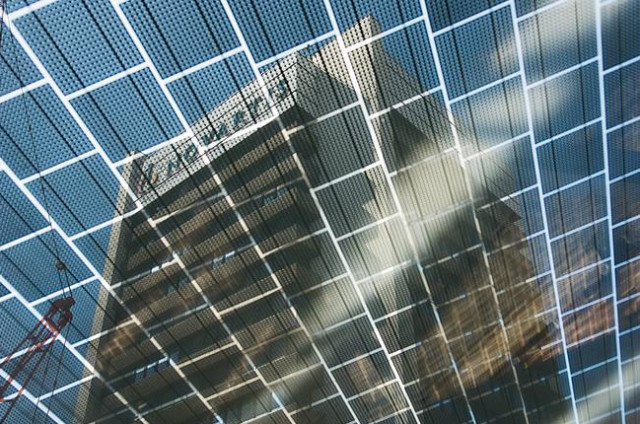